Emmanuel Durlet was born in Antwerp on 11th October 1893.

His grandfather François-André Durlet was architect , professor at the Academy of Fine Arts, founder-custodian of the “Steen” Museum and one of the most important promoters of the Neo-Gothic style in Belgium. He conducted the renovation of Our Lady’s Cathedral and designed its magnificent choir stalls. A street in Antwerp is named after him. The father of Emmanuel Durlet was also an architect.

Emmanuel Durlet grew up in a sphere impregnated by the mysticism of the Middle Ages, which later on had an important impact on the direction and the contents of his work. Architecture fascinated him all his life.

Studies in Antwerp and Vienna

As a pupil of Frans Lenaerts at the Royal Flemish Conservatoire of Music in Antwerp, he obtained his degree for Piano with the highest honours at the early age of 16. Afterwards he attended Harmony courses given by Edward Verheyden and Composition courses by Lodewijk Mortelmans.

As an exceptionally gifted pianist, Emmanuel Durlet should have been recognized as one of the greatest pianist of his generation.
Should his name have been Durletsky, this recognition would have been certain”

To improve his technique and interpretation style, he set off for Vienna in April 1912 to study under the world famous pianist and composer Leopold Godowsky at the Meisterschule für Klavier of the Kaiserliche Akademie für Musik. The outbreak of World War I prevented him from studying another year in Vienna. The war period is used to extend his repertoire.

In 1918, Emmanuel Durlet embarked on a career as an unrivalled performer. One of his most brilliant achievements was the performance (by heart) of Beethoven’s 32 sonatas, spread over ten recitals in a period of two months.

At numerous concerts and recitals in Belgium and abroad, Durlet proved to be a piano virtuoso of the highest level. His contemporaries call him the “Poet of the Piano”. Alex de Vries declared: “Emmanuel Durlet is the pianist with the most beautiful ‘toucher’ I ever knew”. The news paper “Het Handelsblad” (16/9/1952) writes: “…those who had the privilege to hear him play received a message of beauty for their whole life. His hands made the music of Peter Benoit unforgettable. Playing a concerto of Mozart, Beethoven or Chopin he proves to be an artist blessed with an immense re-creative power to reveal the depths of the work. In his fingers technique became merely an element that served to express the inspiration of the composer at its highest level. But that technique was perfect in every way.”

To help his pupils build up their technical skills, he designed a four part course called “Piano Study and Technique” regarded as unique in the history of Belgian piano tutorials. For beginners he already wrote the method “I shall play the Piano ‘well’”.

In 1933 Emmanuel Durlet started to perform his own compositions. “Descriptive Poems”, “Fra Angelico’s Garden”, “Reed in the Breeze” and “Chrysanthemums” were the first of an impressive oeuvre, composed in a period of some 20 years. This oeuvre comprises:

Durlet prefers to give his works evocative titles. Descriptive and programmatic elements are a constant in his entire oeuvre. The organic integration of various piano techniques and the transformation of those brilliant techniques into an expressive and meaningful pianistic language, together with a highly individualistic melody and a rich and, at times, surprising harmony give the compositions a very personal and recognisable style. 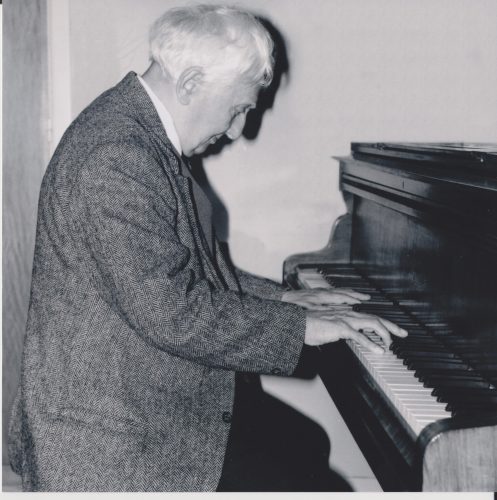