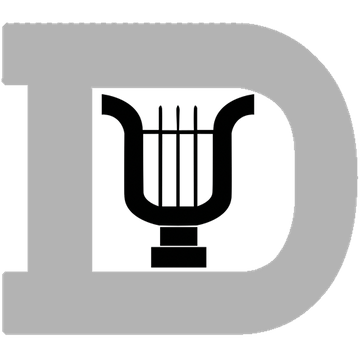 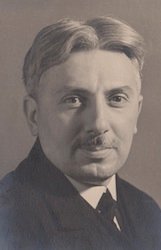 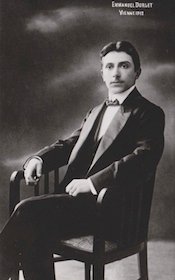 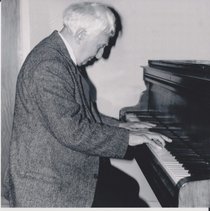 Emmanuel Durlet was born in Antwerp on 11 October 1893. His father was an architect.

His grandfather, Frans-Andreas Durlet, was also an architect, teacher at the Academy of Fine Arts, founder-curator of the Museum "Steen" and one of the main promoters of neo-Gothic art in Belgium. He led the restoration work on the Cathedral of Our Lady and designed its beautiful choir stalls. A street in Antwerp bears his name.

Emmanuel Durlet grew up in an atmosphere of medieval mysticism. It would strongly influence him and would later also determine the content and direction of his work. Architecture has inspired Emmanuel Durlet throughout his life.

Studies in Antwerp and Vienna

Emmanuel Durlet studies piano at the Royal Flemish Conservatory of Music in Antwerp  with Frans Lenaerts. Already at the age of 16 he obtained his final diploma for piano with the greatest distinction. He studied harmony with Edward Verheyden and composition with Lodewijk Mortelmans.

With his extraordinary pianistic talent, Emmanuel Durlet should have been recognized as one of the greatest pianists of his time. Had his name been Durletsky, it would certainly have succeeded." These are the winged words of "Sabam" founder and renowned composer Lodewijk Mortelmans (1868-1952)

In April 1912 Emmanuel Durlet leaves for Vienna to perfect his technique and interpretive skills with the world-renowned Leopold Godowsky (link) at the Meisterschule für Klavier of the Kaiserliche Akademie für Musik. The outbreak of the First World War prevented him from continuing his studies in Vienna for another year. He used this war period in Antwerp to expand his repertoire.

In 1918 he starts his career as an incomparable interpreter. Among other things, he realized the complete performance (from memory!) of Beethoven's 32 sonatas – an impressive tour de force. The entire cycle was payed during ten performances in a period of two months.

Emmanuel Durlet develops into a celebrated virtuoso who achieved success during numerous concerts and recitals at home and abroad. Contemporaries spoke of him as the “poet of the keyboard”. Alex de Vries called him “the pianist with the most beautiful attack I ever knew”. “Het Handelsblad” (16/9/1952) wrote: “…whoever had the privilege of hearing him play once carries a message for life, a message of beauty. Benoit became something unforgettable under his hands, a piano concerto by Mozart, by Beethoven, by Chopin, he managed to build up as a recreating artist in the fullest sense of the word. Under his fingers technique became a serving element that was only there to bring the inspiration of the composer to its highest expression. And that technique was perfect in every way.”

Educator of intellect and feeling

In 1920, Emmanuel Durlet was appointed teacher of the higher degree of piano at the Royal Flemish Conservatory of Music in Antwerp. For 39 years, both his progressive technique and his captivating personality guaranteed the formation of numerous prominent musicians, such as André Cluytens, Eugène Traey, Frans Cauwenberghs, Walter Crabeels, Denise Tolkowsky, Raf Belmans, Kamiel Cooremans, Frits Celis, Julien Esser and others.

In order to teach his students more technical skills, he designed a four-part work “Piano study and playing according to new data”, which is considered unique in the history of Belgian piano pedagogy. For beginners he had previously developed the method “I will play the piano ‘well’”.

As from 1933 Emmanuel Durlet brings his own work.

“Descriptive poems”, “The Courtyard of Fra Angelico”, “Whispering Reeds” and “Chrysanthemums” formed the beginning of an impressive pianistic oeuvre. It was created within a period of barely 20 years and includes:

Durlet always chose evocative titles for his works.
The descriptive, programmatic is a constant throughout his oeuvre. Melody and harmonization possess an enormous pictorial richness and plastic power of expression. The organic integration of various piano techniques and the transformation of these brilliant techniques into an expressive and meaningful piano language, coupled with an extremely individualistic melody and a rich, sometimes surprising harmony, give the compositions a very personal and recognizable style.